United States of America, a country so many wishes to visit, and for other’s it’s a obsession to visit several times. For me it has never been a obsession, and I actually visited Atlanta, Georgia many many year’s ago.

But there has been one thing I wanted for a long long time to go visit, and that is Alcatraz Island. And in the last 3 years, also the big event Dreamforce has been a place of interest to visit, due to my work being engulfed with more and more time in Salesforce.

During the summer months my wishes came thru, and my employer agreed on sending me to San Fransisco to see and experience Dreamforce. And the trip was to be made with my boss. We decided to go a couple of days earlier so that we could adjust to the time difference, and among other things visit Alcatraz too.

So Friday the fifteen we boarded the flight from Helsinki, to San Fransisco (SFO). Plane lifted off 16:20 Finnish time, and the flight took 11 hours. The route was over Greenland and a large portion of Canada. The flight actually went well, and the food served on the Finnair flight was surprisingly good. Sadly I weren’t able to sleep at all on the flight. And counting from when I woke up at home in the morning, until I got in bed in San Fransisco, a nifty 24,5 hours had past, so it became to be a very long day.

The previous night itself went for me pretty well. I got a good 8h in total sleep, and as we had woken up and headed out of our room, there was two things we headed for. Getting a American SIM-card and phone connection, as well as breakfast. We found a T-Mobile store pretty fast, where the first task was resolved, and pretty soon after that the other task of breakfast was equally resolved.

We decided to walk down to pier 1 thru the city, and from there along the waterfront walk to pier 33, where the Alcatraz Cruises ferry was to leave. But as we arrived to pier 33, we still had a couple of hours to the departure, so we went on to pier 39, to have coffee and to take a look at the sea-lions.

Views around our hotel.

Views around our hotel 2.

Well, that looks weird. A road upon a tunnel.

A different style of fountain.

The fog was thick from the bay into the city.

The main event for today was the visit too Alcatraz. We had ordered tickets a couple of months earlier, and as this was the first time for us both to visit the island, we went for a special “Behind the scenes + night time” guided tour. Sure, they were a bit pricey, but we soon noticed that it was worth the purchase. We later on found out that half of our ticket prices went for preservation of Alcatraz, which is good. During the day the fog had been pretty thick, so we were guessing we wouldn’t see Golden Gate bridge, but the closer we got to the departure time of our ferry ride, the more it cleared up. Sadly the fog remained around the bridge, so we did not get a clear view of it, but some nice pictures were taken anyway. The ferry was to leave 2:10 PM, and the ferry ride was only for the 30 persons in this guided tour, so we were able to move around freely, and had great opportunity to take pictures without having to search for a free spot.

We were greeted down at the docks on Alcatraz Island by our guide, and we got to go to several places the normal visitors weren’t . The tour guide was good, and they told A LOT of informations that was not on the normal audio tours. Our tickets contained the normal audio tour as well, and as we stayed to the last 6:20 PM return ferry, we got to see the extra programs for the “night time” program. There was so much information passed over to the visitors of this behind the scene tour, one could write a whole own blog post about it.

We got to see the sunset from Alcatraz, which is displayed perfectly over the Golden Gate bridge, and as there was this mystical fog around the bridge, I managed to get a beautiful picture as a memory.

Tip: You can click on the picture to get them enlarged.

Quotes from inmates of Alcatraz.

Quotes from inmates of Alcatraz.

The ferry we got to go on, in a small group of aprox 30 people.

There the famous island is.

Alcatraz and in the backround Golden Gate Bridge.

The closer we came, to more I got excited.

View back towards San Fransisco.

One of the guard towers, on the dock side of the island.

Operation room in the medical wing of the main prison building.

A hospital room from the medical wing.

Gate into the medical wing. In the picture as well our guide.

Dining hall for the prisoners.

The real shower rooms for the inmates.

Recreation yard for the inmates.

Gun gallery was where the guard patroled, this was the only place where weapons were present, as there was no weapons on the guards who walked the corridors of the cell area.

This is what a cell looked like. It was not big.

Once a month, for one hour, the inmates could meet with visitors.

Not to shabby servings for the inmates.

A picture of when the last inmates of Alcatraz were leaving.

Not much light from the sun, but a lot of lights in downtown San Francisco.

The only mistake we made was that we didn’t eat anything, beside the breakfast before leaving, so when we returned to mainland, we were hungry, very hungry. Headed back to pier 39, and went straight to Hard Rock Cafe. A burger and fries later, we had restored some of the energy levels. But as the time was already 8:00 PM, we started to be pretty tired. We looked up the famous cable cars, and took the advantage of taking one of them back to the hotel. All we had experienced during this first day, really kicked off our trip on a very positive note!

With this beautiful old cable car, we got to travel almost from end to end of the route.

So fun to sit, and hear all the sounds, and the old time bell being ringed.

Got of and took the picture at Union square.

Sunday was a tourist day as well, but we dedicated this day to do some shopping. But first we started hunting for some breakfast. We have this diner near our hotel, it’s of the sort you see in movies from America from maybe the 50- or 60:s. I went for an omelette, and Janne for bacon, egg, sausages and pancakes. Both were very good, and as we need breakfast tomorrow also, we might going there again.

We headed out to a place called San Francisco Premium Outlets. It is located approx 1 hour outside of the center of Fresco. Once we got there, we slowly started to understand how big it was. There was so many shops there, that if one would to go into everyone of them, you would spend your whole day there.

We opted for the tactic: “Go to the stores that interest the most.” And as we arrived pretty early, there was not that much of a rush yet. Slowly during the day the amount of people grew, and during the afternoon, there were some stores who had lines outside of the stores, and personnel working as doormen, letting people in. Some of the stores were positive surprises, others noticeable disappointments. We got what we came for, mostly souvenirs for family members at home, but maybe we bought something for us selves as well. 😉

The interesting thing was, that some of the stores are surprisingly small, while others were pretty big. One shoe shop had a impressive amount of products. One could argue that if you can’t find shoes there, then you won’t find anywhere. 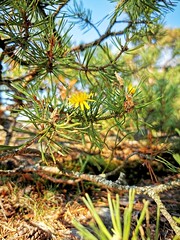 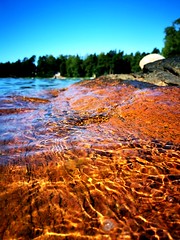 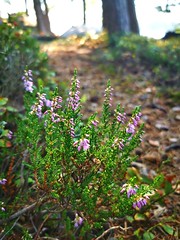 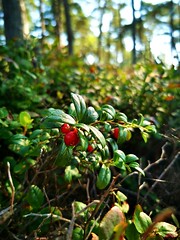 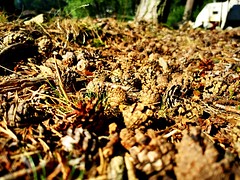 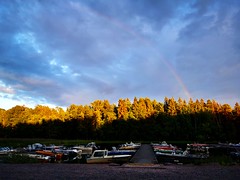